These photos are from the Henley 1998 show. This batch of photos were all taken by Phillip Edwards.

Note: this article originally appeared on the SCMEC website (now shut down)
and is reprinted with the kind permission of Phil Edwards, their former webmaster.

The Henley Gathering, as it is called these days, is sponsored by Geoff Wright, proprietor of MW Models. Geoff ran a two day show for 21 years, so now it’s been scaled down a bit to a one day gathering, where most of us come to chat with our modeling friends, and also bring the occasional model. Members of the Henley Society of Meccano Engineers looked after the running of the show and things went very smoothly, from what I could see. The public are not openly invited, although one or two seem to sneak in from time to time.

This year I flew over to the UK for a 2 week vacation and timed it, of course, to coincide with the show.

Enough of the chit-chat, down to the pictures. Here are the highlights of the show for me – some wonderful models! I have only selected a small quantity of the models present for inclusion here, so apologies if you were hoping to see a picture of your model. There were a number of splendid models that I have shown on this site before, so I will not show these again. 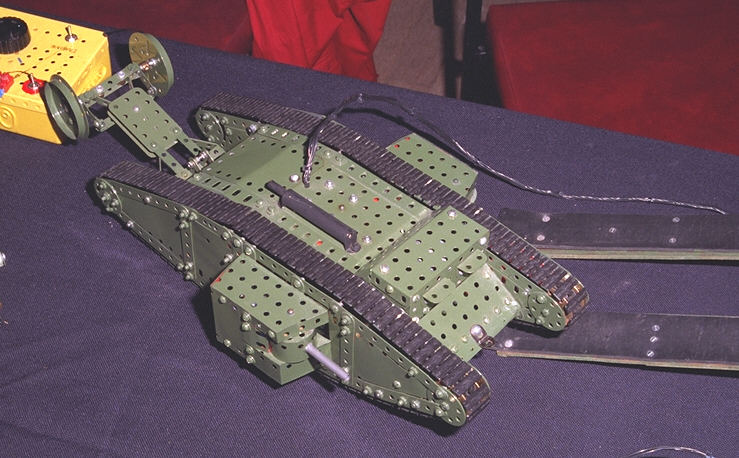 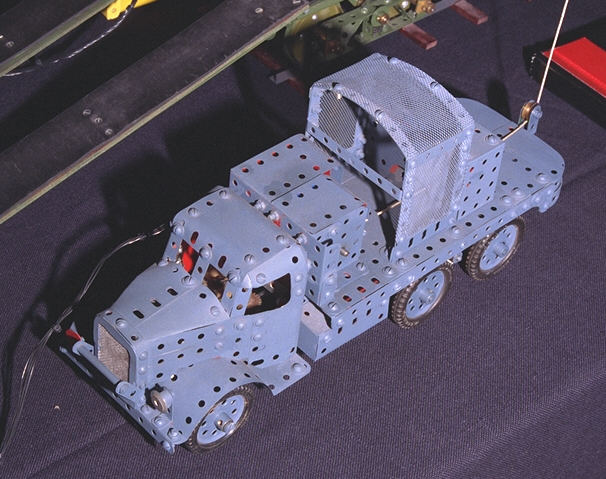 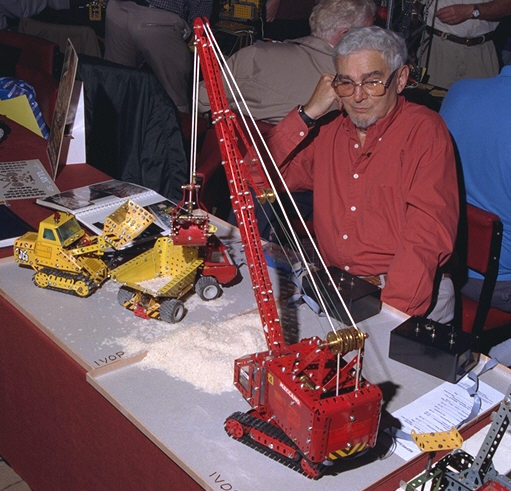 Ivor Ellard showing what can be done with a bag of rice (he was using this as the ‘dirt’!) 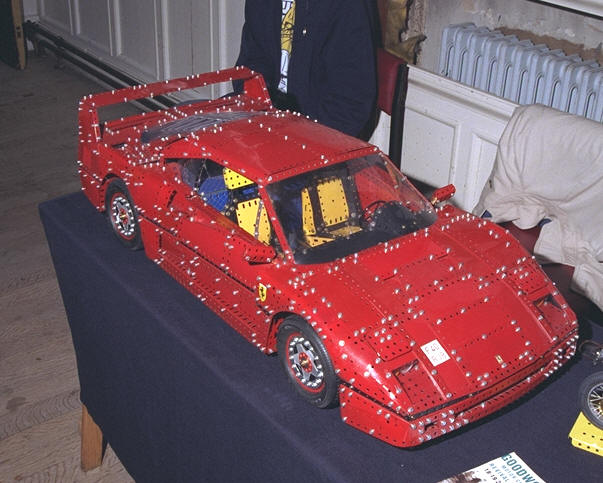 One of Bob Brooker’s fabulous cars – his Ferrari F40. 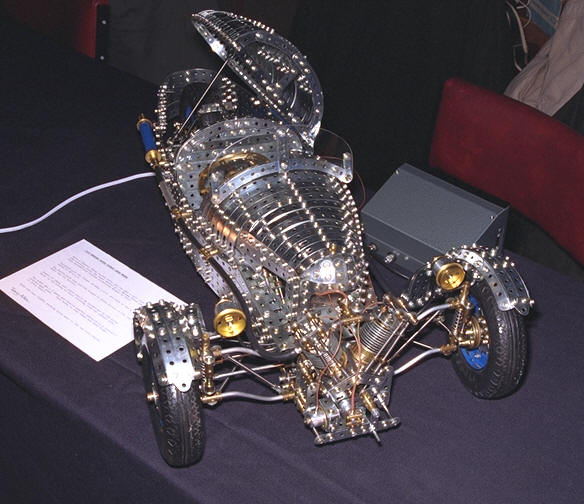 Terry Allen’s Morgan 3 wheeler – I’ve shown this before, but it’s such a good model, I had to show it again! 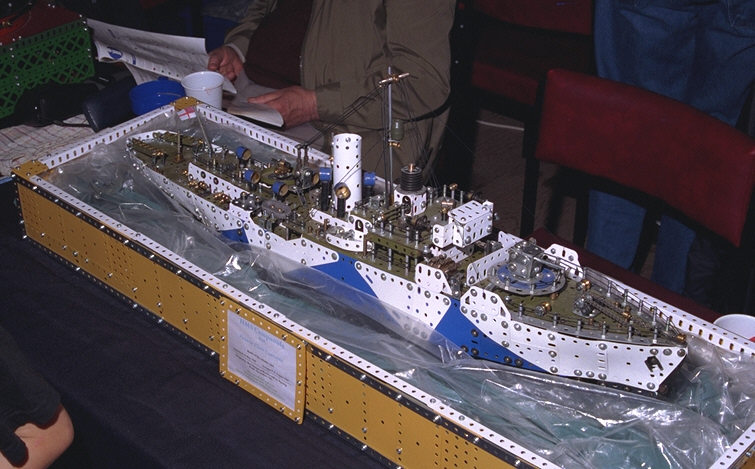 HMS Campanula – K18 – A Flower Class Corvette – scaled to 1:72 and rocking in rough seas, by George Illingworth. Incredible use of white and blue parts to achieve the camouflage! 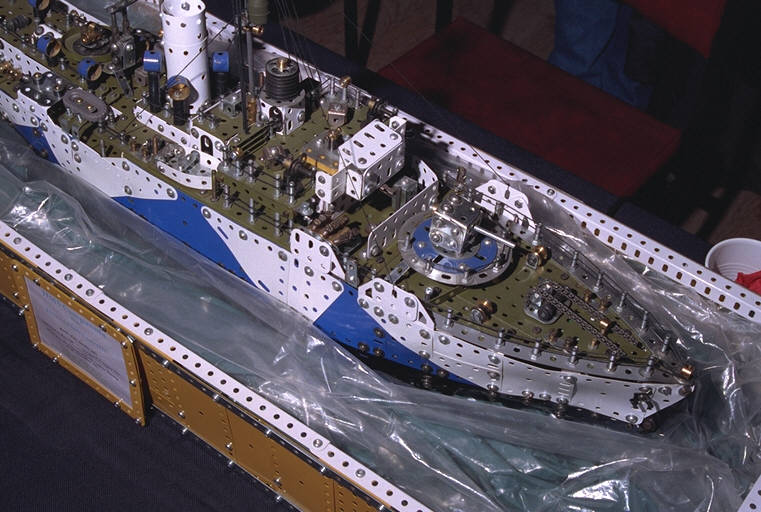 HMS Campanula – a close up of the front half. 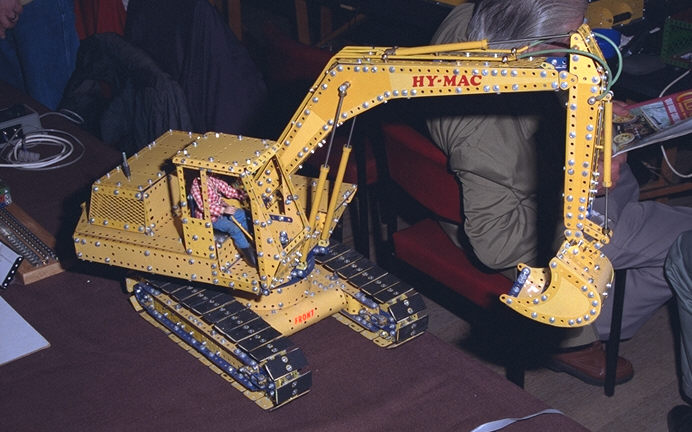 Mr Hymac himself – Tony Rednall with his recent reincarnation of his Hymac Excavator from the early 80’s. A close up, showing the neat ‘works’. 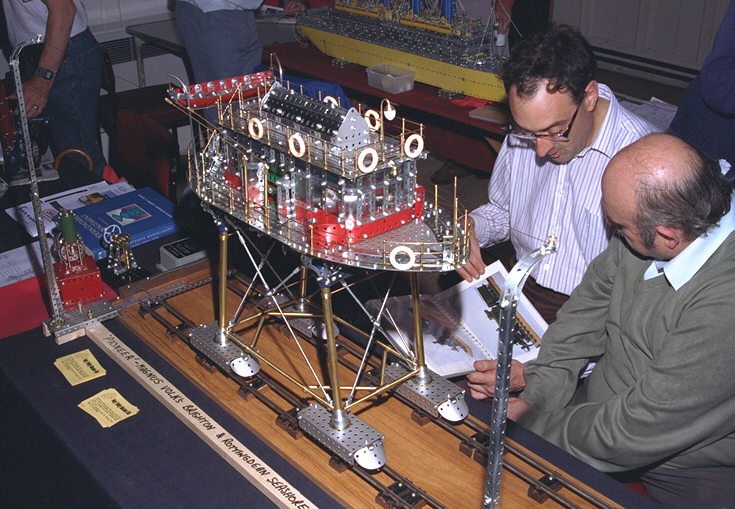 Mike Dennis’ Volk’s Brighton and Rottingdean Seashore Electric Tramway ‘tramcar’ (boat on tracks!). The original ran in the sea from Brighton to Rottingdean from 1896-1901. I believe this is the only tram in history fitted with a life-raft! Behind the model with Mike is my brother, Michael, who modeled the Volk’s electric tramway many years ago – the tramway that connected with the Seashore tram, and ran along the beach. It was England’s first electric tramway. (It still does run – well worth a visit if you find yourself in Brighton.) 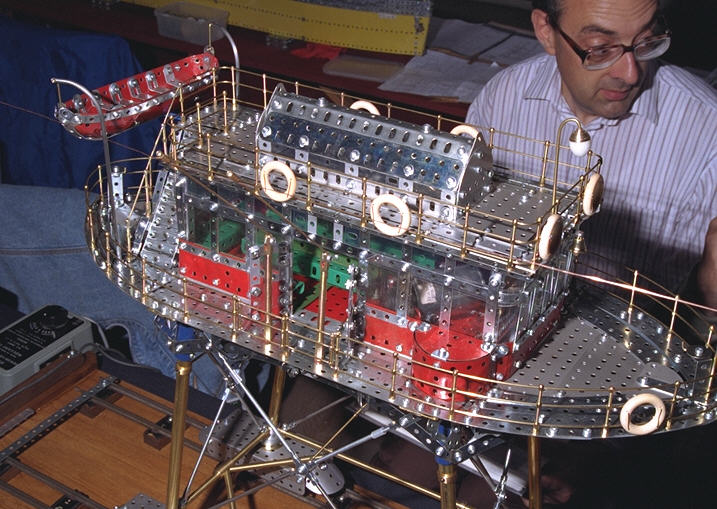 Tramway – A close-up of the boat on wheels! 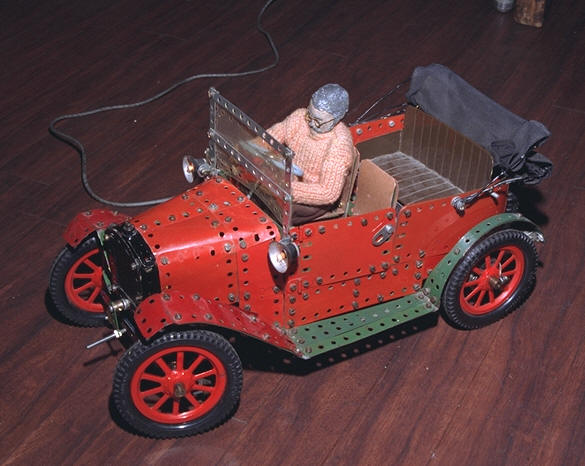 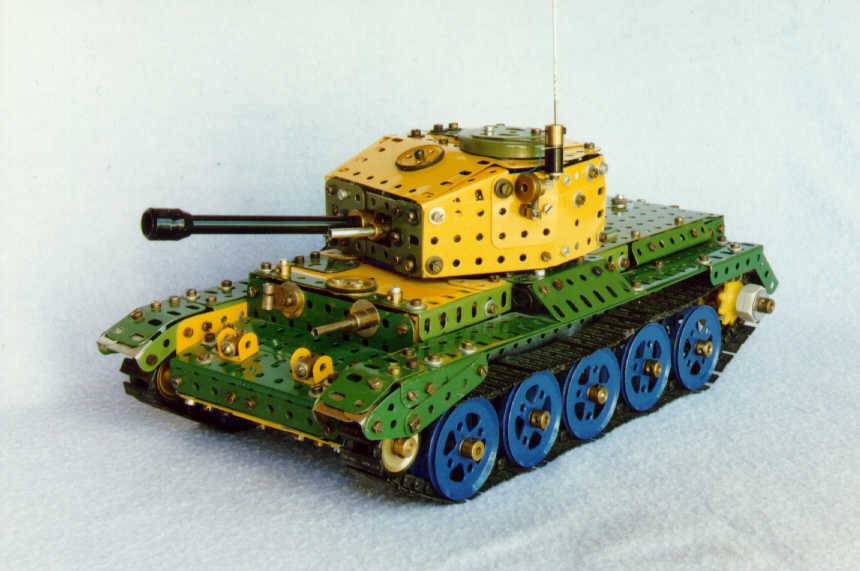 I showed two models – my Cromwell Tank and my Speed Planetary Transmission.