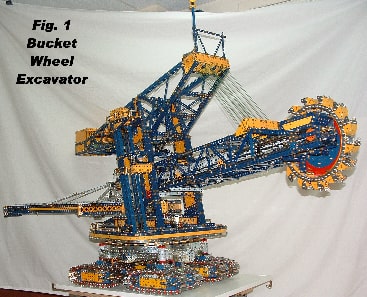 This model of an O&K (Orenstein and Koppel AG) bucket wheel excavator is based on pictures of the prototypes that were in service in the Great Canadian Oil Sands Ltd. project (later named Suncor) in northern Alberta, Canada. It is reported that each machine could load a 150-ton truck every 35 seconds with a bucket wheel diameter of 44 feet. Suncor parked the huge excavators for good in 1993 and switched to 240-ton trucks, large power shovels and ore crushers.

The model (Fig. 1) was scaled from photocopies of pictures of the prototype that were found in mining magazines in the 1970’s. Since the scaling is based on the height of a man in one of the pictures the proportions of the various components of the model will at best be approximate. As well, the pictures were small and/or unclear so the details of features on the model are a guess. The model is about 6′ 5″ long, 20″ wide and 3′ high (not including the mast at the front top of the support boom). The scale is approximately 1:40. At the Toronto Hobby Show in November 2001, it was a hit with the children since bucket wheel excavators had been showcased on the Discovery Channel the week before the show. 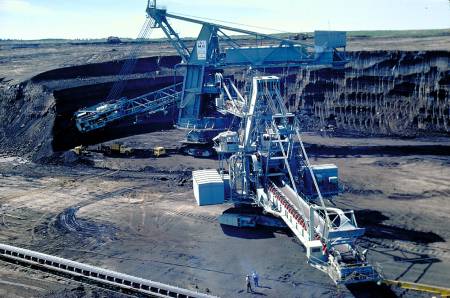 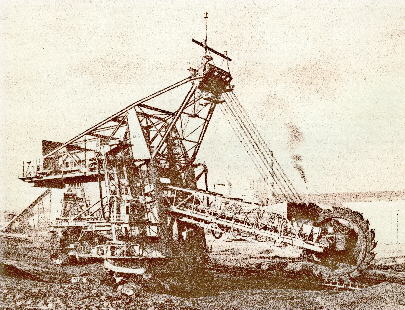 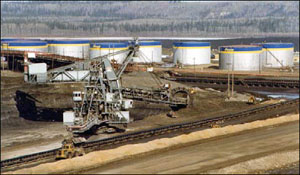 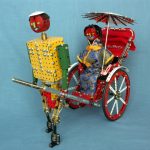 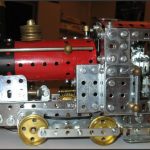