Moving into the Millennium 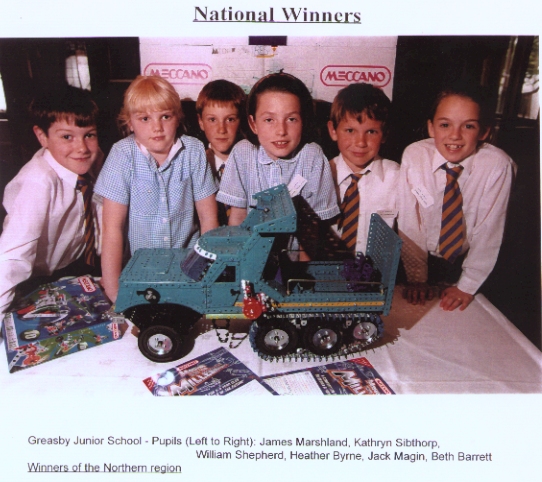 The final of the Meccano design competition at The Science Museum

>2,500 Children aged between 7 and 9 years old, had entered the competition.
– Each child received a certificate for their participation.

6 regional groups were shortlisted to have their designs judged at the Science Museum. Each of the 6 regional winners designs have been made into large 3-D Meccano models by Meccano design team.
– Each group of children and their teachers have been invited to The Science Museum (all expenses paid trip), each child has received a certificate and a Meccano Set.
Each school will receive a Book Token for 250 Pounds on 15 June.

The six winning groups will see for the first time how their designs have been made into prototypes. The judges (including: Richard Macey – the managing director of Meccano and David Fogel – the head of the British Association of Toy Retailers) will judge the six winning entries.

3 The Schools & their Designs

The names of the schools, pupils, teachers and the designs are attached.

Over 2,500 Children entered The Meccano Moving into the Millennium Competition to design ‘the vehicles of the future’. At the final held this week in The Science Museum the design by six, nine year old, children from Greasby School in the Wirral, were judged to be The National Winners.

Each of the six children (3 boys & 3 girls) won a Meccano Set, 100 Pounds of book tokens, and an all-expenses paid trip to Paris to compete for the International title. The school received 1,000 Pounds worth of Book Tokens.

The Vehicle that they designed was called ‘RES-Q’, and is an electrically powered multi-task all terrain rescue vehicle. The technical drawings submitted by Greasby Junior School and the five other regional winners (List of regional winners enclosed), have been turned into Meccano Models by Meccano’s design team and were on display at The Science Museum.

Tim James Meccano’s Brand Manager stated: ‘The six schools who had each won in their respective region had done extremely well to get this far in the competition, having been shortlisted above more than 2,500 other 7 to 9 year olds entries.’

He added: ‘The judges had a very difficult time picking the winner however they felt that the features on the RES-Q vehicle, submitted by the six pupils from Greasby Junior School, who had previously won the regional competition for the North of England gave them the edge over the other designs. The features included very creative ideas that could very realistically be seen on future vehicles, such as – adding lights to wheels to increase side visibility of vehicles, to name but one.’

He concluded: ‘I think that the motor industry could learn a lot from the many design concepts that these 7, 8 & 9 year old have put forward, when designing the vehicles for the next Millennium.’

Geoff Wright of MW Models was one of the 5 judges at the UK national final. 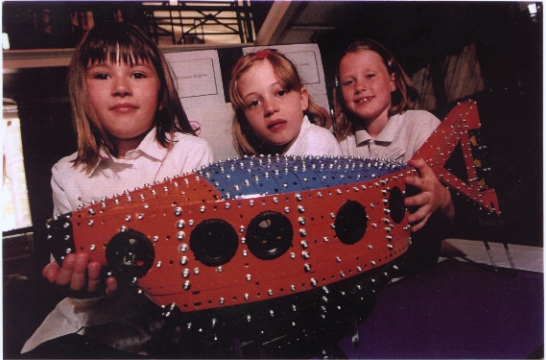 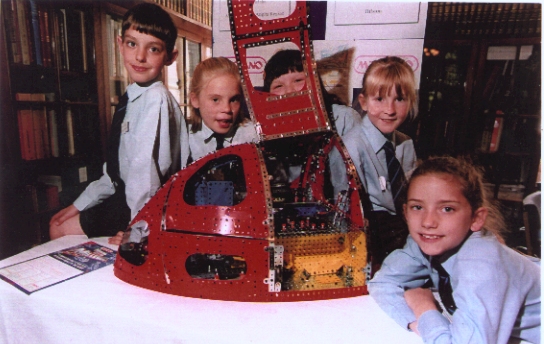 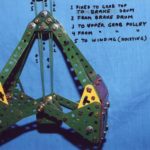 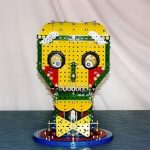