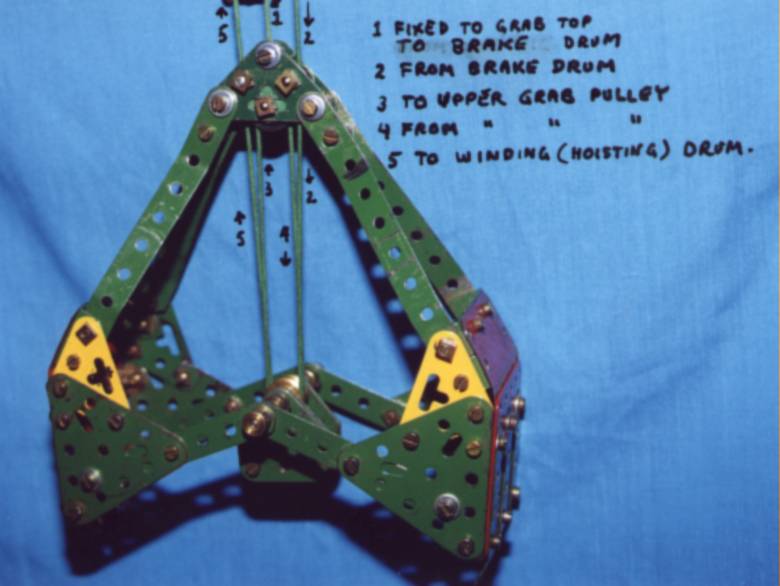 From the front cover of September 1998 MeccaNotes and the challenge to design a single suspension crane grab based on the Triang type.

Train & Toy Show in Ottawa: Although Normand’s design requires only one cable, that forms a loop around a brake drum back to the closing weight within the grab, then back to the hoisting drum, so that although using only one cable, the grab is suspended from three sections of the same cable. The added benefit is that the grab does not rotate freely as it would on a single cable.

Refer to the 1st photo to see how the cable is strung from the top of the grab, to the brake drum, around the brake drum 4 or 5 turns, back to one of the lower pulleys between the flat trunnions, up around the 1/2″ pulley at the top of the grab (the upper 1/2″ pulley rotates freely on a long threaded pin the nuts of which can be seen positioned in the odd shaped punchout of the 1 1/2″ corner bracket), back down around the other pulley between the flat trunnions, and up to the winding (hoisting) drum. The 1/2″ pulleys between the trunnions also rotate freely. The top ends of the 5 1/2″ strips are lock-nutted to allow slight movement as the grab opens and closes. Also the trunnions hang downwards at all times under their own weight. The tricky part is the brake drum, which is assembled to allow a clutch or ratchet to lock or free the brake drum from rotating as the grab is raised or lowered.

Have fun with this!!! 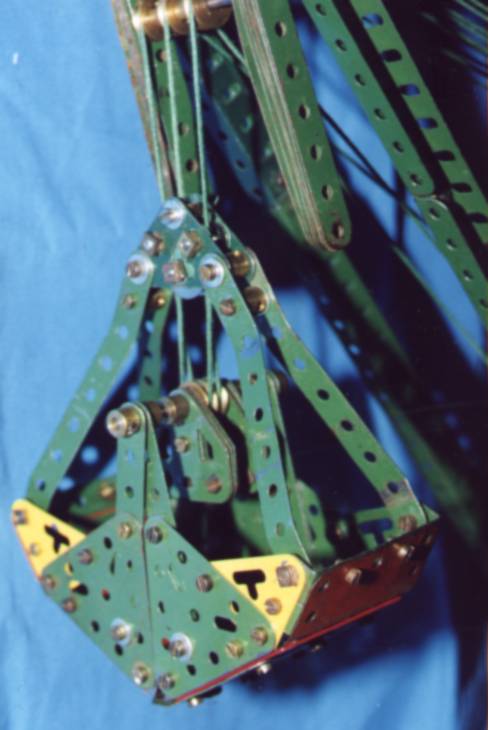 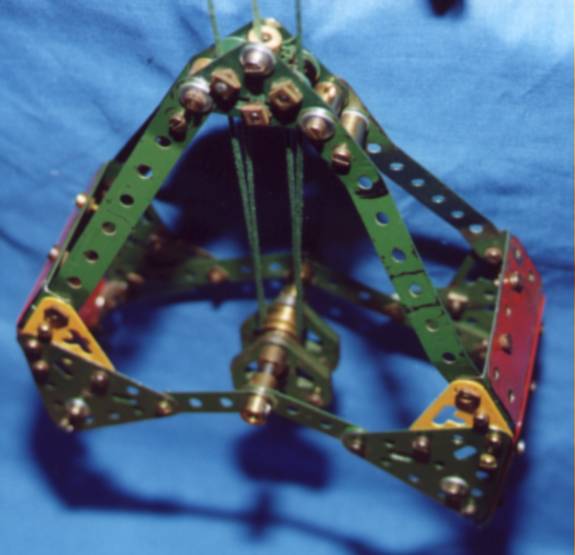 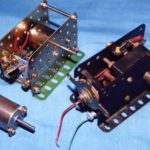 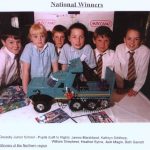 Moving into the MillenniumSpecial Features